All players, irrespective of age group, are to wear regular club sanctioned playing personal gear for all games.  The personal gear is to include a matching pair of Lamorinda Rugby Socks, black rugby shorts, Reversible club jersey and club sweats. As players are not required to purchase the club sweats until they play for the Varsity teams, the only exception to this rule will be to allow players from 1st to 10th Grade to wear their own sweats on cold days.  Players are to travel to all games in full Lamorinda Rugby gear and remain in Lamorinda rugby gear while at the field.

​When leaving on and coming back from tour, all players are to wear long khaki pants, a belt, a white or dark blue button down polo shirt with collar, Lamo Warm-up jacket and sneakers with white or beige full socks.

​Lamorinda Coach Clothing Policy If we expect players to adhere to a dress code, we expect coaches to adhere to a basic dress code as well. The Coaches will be given a Club Polo Shirt and a Club Coaches Fleece at the beginning of the season. Coaches are expected to wear these items to all games.

​Coaches traveling with a team on Tour

All coaches traveling with the team on a tour have three main responsibilities. The first responsibility is the safety and wellbeing of the players.  This means that the coaches accompanying the tour are on duty all the time. At all times, at least two coaches need to be with the players to ensure they adhere to the tour behavior guidelines and safety guidelines laid down prior to the tour departing. The Head Coach is responsible for laying down the behavior guidelines, personal responsibility guidelines, equipment guidelines, parent’s involvement guidelines and setting up a Coaches duty roster for the entire tour. Coaches will be held to the highest standard with regard to their personal conduct and managing players on a tour. The second responsibility is to be a rugby coach on and off the field.  This means active participation in team selection, player preparation, player motivation, managing player behavior on and off the field, ensuring the safety of the clubs property and being respectful to the opposing players, coaches and parents. The third responsibility is to be an ambassador for the club and for rugby in general. We expect everybody at all times in the tour party to project an image of a well coached, well-managed club whose players and coaches play a competitive game in a sportsmanlike way and are respectful of other clubs players and property. We expect nothing less than through our personal conduct on and off the field, as well as out ability to play a competitive game of rugby, to be invited back to play again another day.

Parents traveling with a team on tour

All parents traveling with the tour party or independently to the tour party need to adhere to these basic guidelines for parents accompanying the tour.  Prior to any tour leaving, the Head Coach will lay down player behavior guidelines, player personal responsibility guidelines, player and club equipment guidelines.  All players are under the control and management of the Coaches on the Tour.  That means that players must get the Head Coaches permission if they are to do anything with their parents while on the tour and the parents need to make sure they have the player back with the team at the time set by the Head Coach.  While the player/s are with a tour accompanying parent, it will be the parents responsibly to ensure the player/s adhere to the tour behavior guidelines and safety guidelines laid down prior to the tour departing.  We expect the accompanying parents to be an ambassador for our players, our coaches, our club and for rugby in general.  We expect everybody at all times in the tour party to project an image of a well coached, well-managed club whose players and coaches play a competitive game in a sportsmanlike way and are respectful of other clubs players and property.

As a Lamorinda RFC player we agree to the following: 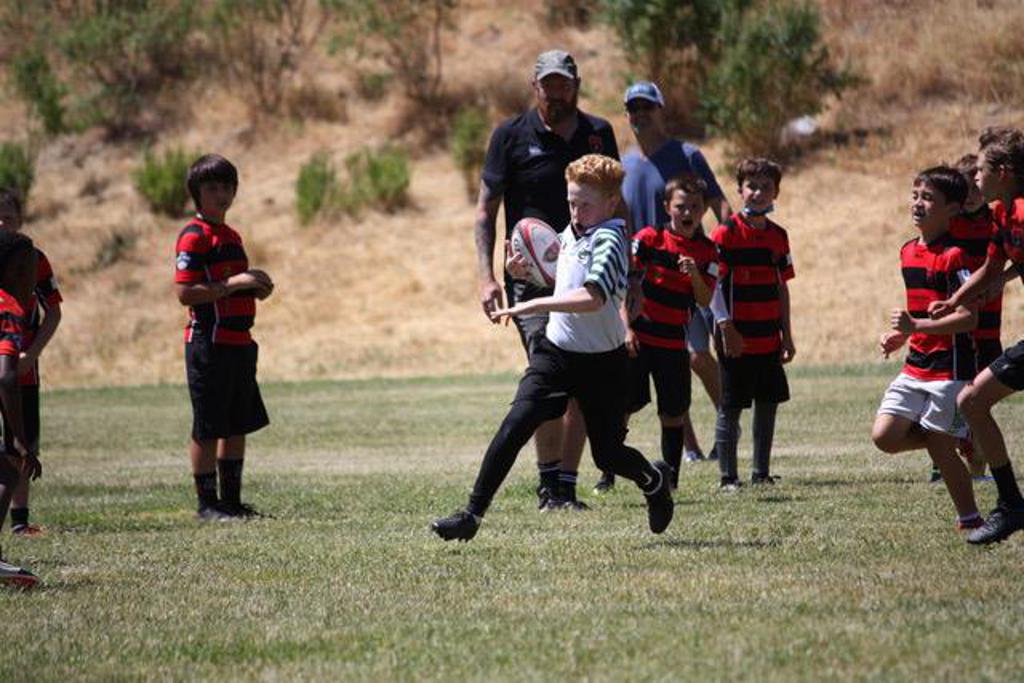